You have no items in your shopping cart.

You have no items in your shopping cart.

Surgical instrument design has come a long way. With Halloween at the end of the month, we thought we'd share this article on 20 Scary Old School Surgical Instruments and their intended uses. 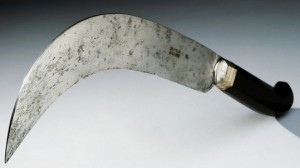 Amputation Knife (1700s) Knives used for amputations during the 18th century were typically curved, because surgeons tended to make a circular cut through the skin and muscle before the bone was cut with a saw. By the 1800s, straight knives became more popular because they made it easier to leave a flap of skin that could be used to cover the exposed stump. 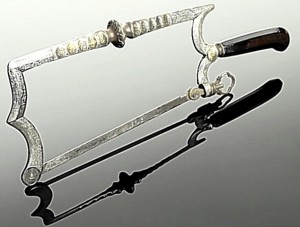 Amputation Saw (1600s) While some surgeons chose to flaunt their wealth with elaborately decorated saws like this, the crevices in the intricate engravings proved to be a breeding ground for germs. 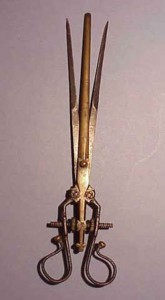 Arrow Remover (1500s) Not much is known about this tool, but it is hypothesized that it was inserted into the wound in a contracted position, with the central shaft used to grasp the arrow. The blades, which appear to have their sharp edges facing outward, were then expanded using the scissor-like handles, thus expanding the flesh around the arrow to prevent the arrowhead from ripping through the meat as it was pulled out. 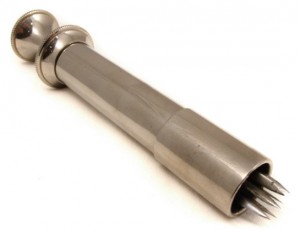 Artificial Leech (1800s) Bloodletting with leeches was such a popular treatment for a range of medical conditions that an artificial leech was invented in 1840 and was used frequently in eye and ear surgery. The rotating blades would cut a wound in the patient’s skin, while the cylinder would be used to produce a vacuum that sucked up the blood. 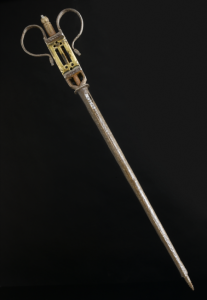 Bullet Extractor (1500s) Elongated bullet extractors could reach bullets embedded deeply in the patient’s body. Extractors like this one had a screw tip that could be inserted in the wound and lengthened to pierce the bullet so that it could be pulled out. 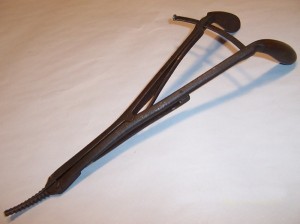 Cervical Dilator (1800s) This instrument was used to dilate a woman’s cervix during labor, with the amount of dilation measured on the scale by the handle. Such dilators fell out of favor because they often caused the cervix to tear. 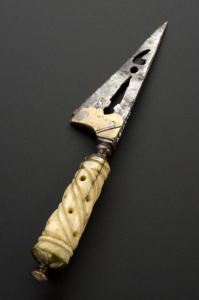 Circumcision Knife (1770s) Ritual circumcision is performed around the world in varying extents and for varying reasons, but few instruments used in the process are as intimidating as this European knife from the 18th century. 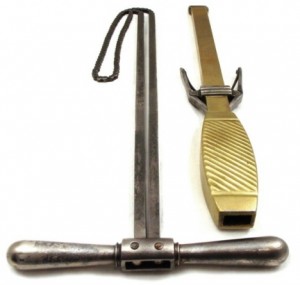 Ecraseur (1870s) This ecraseur was used to sever hemorrhoids and uterine or ovarian tumors. The chain was looped over the mass and tightened using the ratchet, stopping the circulation of blood to the area. 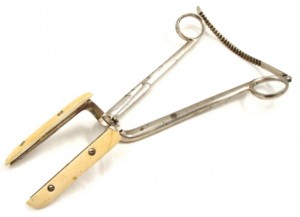 Hemorrhoid Forceps (1800s) These forceps were used to grasp a hemorrhoid between the blades and apply pressure to stop the blood supply, causing the hemorrhoid to drop off.

Hernia Tool (1850s) This unique tool was used after the restoration of a hernia. It was inserted into the body near the affected area and left there for a week to produce scar tissue that would help seal off the hernia. 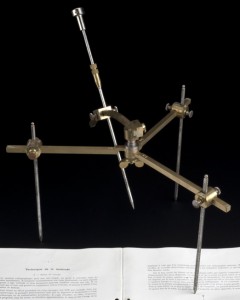 Hirtz Compass (1915) The Hirtz compass was used to accurately determine where bullets were located in the body so that they could then be removed with precision. 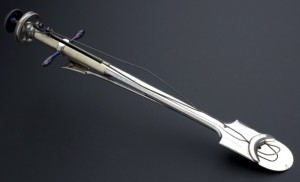 Hysterotome/Metrotome (1860s-90s) This hysterotome or metrotome was used to amputate the cervix during a hysterectomy. 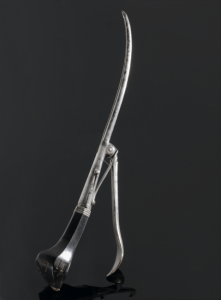 Lithotome (1740s-1830s) This lithotome was used to cut the bladder in order to remove stones. The shaft contained a hidden blade that was inserted into the bladder and then released using a spring handle. 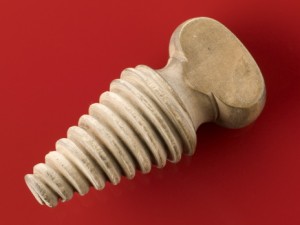 Mouth Gag (1880s-1910s) This wooden, screw-shaped mouth gag would be inserted into an anesthetized patient’s mouth to keep the airway open. 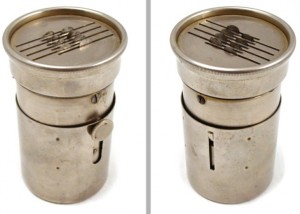 Scarificator (1910s-20s) Scarificators were used in bloodletting. The spring-loaded blades in this device would cut into the skin, and a special rounded glass cup could be applied over the wound. When warmed, it would help draw the blood out at a faster rate. 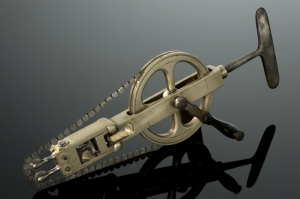 Skull Saw (1830s-60s) This hand-cranked saw’s blades were used to cut through sections of the skull, allowing for access by other instruments. 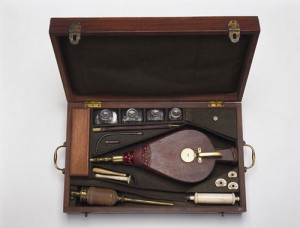 Tobacco Smoke Enema (1750s-1810s) The tobacco enema was used to infuse tobacco smoke into a patient’s rectum for various medical purposes, primarily the resuscitation of drowning victims. A rectal tube inserted into the anus was connected to a fumigator and bellows that forced the smoke towards the rectum. The warmth of the smoke was thought to promote respiration, but doubts about the credibility of tobacco enemas led to the popular phrase “blow smoke up one’s ass.” 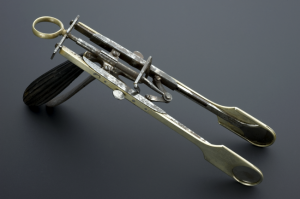 Tonsil Guillotine (1860s) This method of removing tonsils worked much like a traditional guillotine, slicing off the infected tonsils. This “double guillotine” design meant that both tonsils could be removed at the same time. Tonsil guillotines were replaced by forceps and scalpels in the early 20th century due to the high rate of hemorrhaging and the imprecise nature of the device, which often left tonsil remnants in the mouth. 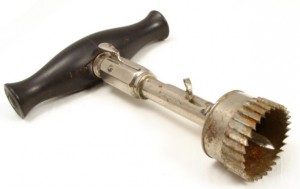 Trephine (1800s) This trephine was a hand-powered drill with a cylindrical blade that was used to bore into the skull. The spike in the center was used to start the procedure and to hold the blade in place while cutting. 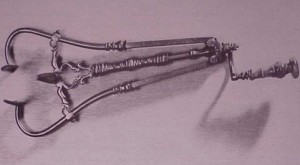 Vaginal Speculum (1600s) Specula have been used for thousands of years to allow doctors better vision and access to the vaginal area (or other body cavities) by expanding after insertion. This 17th century European example, which appears to use a cranking motion to expand, is more ornate and intimidating than most.

Free call our friendly team now with any questions, or to get expert advice on our products.